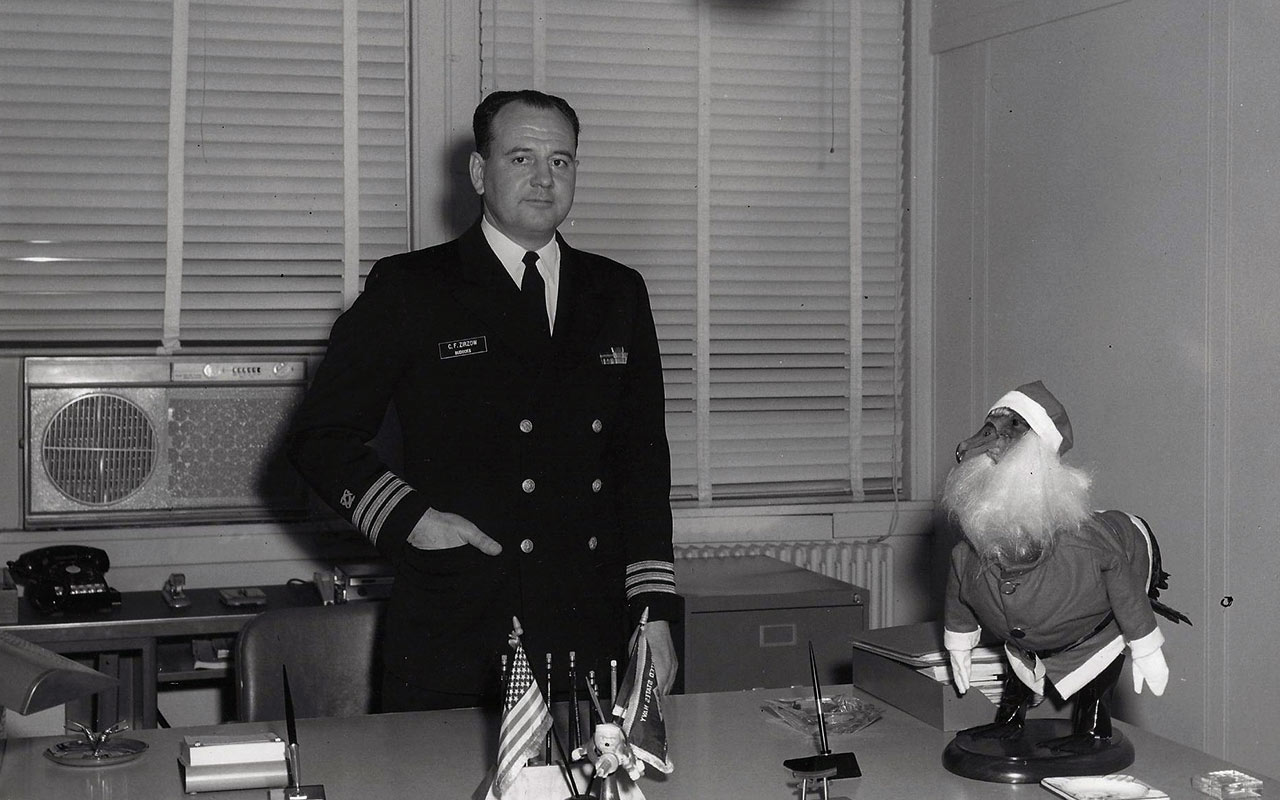 I’ve always admired my grandpa. He was kind, patient, fun and playful, and a great teacher. My most fond memories of him were spending summers with him at his community pool. He taught me to swim and played with my sisters and me in the pool. To encourage our swimming, he would have us swim laps and would throw half-dollars in the pool for us to swim and retrieve. I still have a half-dollar from him and am reminded to pass what my grandpa taught me to my own children.

Commander Charles F. Zirzow, U.S. Navy, (December 19, 1922 – July 3, 1997) was assistant chief of staff for civil engineering with the Naval Civil Engineering Corps and was Assistant Chief of Staff to the Commander, U.S. Naval Support Force, Antarctica, 1966-67. In 1967 he retired with the rank of commander and then joined the Washington engineering firm of Howard Needles Tammen & Bergendoff, first working as an aviation facilities engineer and then as director of environmental quality. He retired from the firm in 1983 and started his consulting business, which he continued until his death.

Zirzow, who lived in Fairfax, Virginia, worked with the Naval Civil Engineering Corps from 1950 to 1967. During his years there, he served as a public works officer and then as director of the natural resources management staff. He was named assistant chief of staff for civil engineering and spent his final years with naval forces in Antarctica. Mount Zirzow of the Forrestal Range in Antarctica is named in his honor.

He was a founding director of the National Association of Environmental Professionals (NAEP) and was a past secretary, treasurer and president. The Zirzow Student Award was established in 2001, and is presented to a deserving college student or recent graduate, who has been recognized by their department for their academic achievement.

Show your Military ID at any Zirzow Gallery event and get 10% off of any original or fine art print!